Albania - After 8 months from the earthquake, the situation is still hard.

After 8 months from the earthquake, the situation is still hard.

Until July, thanks to the financial support of the Intesa Sanpaolo charity fund, through the local partner SHIS, AVSI has been able to deliver monthly kits to 100 families in the area of Tirana, Lezha and Durres.

November 26, 2019 was marked on Albania’s history, and it will be difficult to erase. An earthquake of a 6.4 magnitude shook the steady ground beneath our feet, causing a death toll of 51, and more than 3,000 injured. At least 14 000 building were damaged or demolished by the earthquake, causing a material damage of 844 million euro. Since then at least 2 500 Albanians were left homeless.

COVID-19 was another trauma for these families. Most of them are in critical economic conditions; the isolation caused the closure of factories and businesses and the loss of jobs, making it even harder to meet their daily needs

The families left without a roof and in hard conditions are still many, and the authorities of Durres, Lezha and of the Kombinat area in Tirana asked for help to SHIS, AVSI Albanian partner, to identify and support the families deeply affected.

“As we’ve been trying to put together the broken pieces of these families - says Roberta Profka, SHIS director, - we have learned so much from these families and their children, about surviving not only the earthquake, but also the sufferings they have been going through for years. We try to assure them that they can rely on us, until they will get back on their feet, and on the other hand, they teach us how to take life easier”.

Among them, Guri, an 11-years old child from Porto Romano, Durrës whose house was almost destroyed. He still lives there with his parents and his elder brother. They have asked for help, as their house is not safe to live in but, after eight months, the situation is steady.

Every time SHIS staff goes there, Guri hides behind the door, and just leans his head out; meanwhile his mother cannot stop crying. She is the only one that keeps on working. She is a seamstress, but only part-time, as she has been diagnosed with kidney insufficiency, making it impossible to work on long shifts. She works enough to provide for the basic needs of the family. Guri’s father does not work, since Guri is in need of continuous care. Since November, every month, SHIS staff provides Guri’s family a kit with food and hygiene products and clothes. 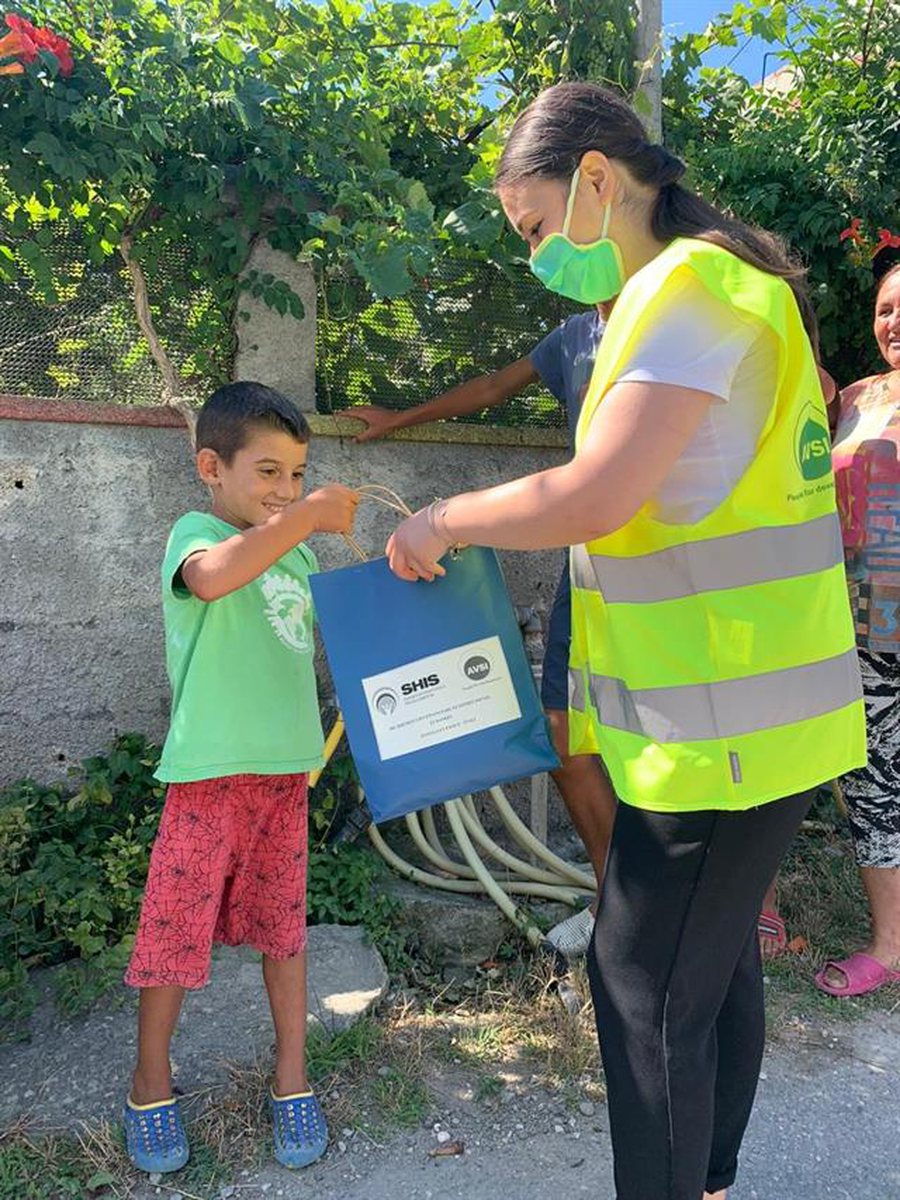 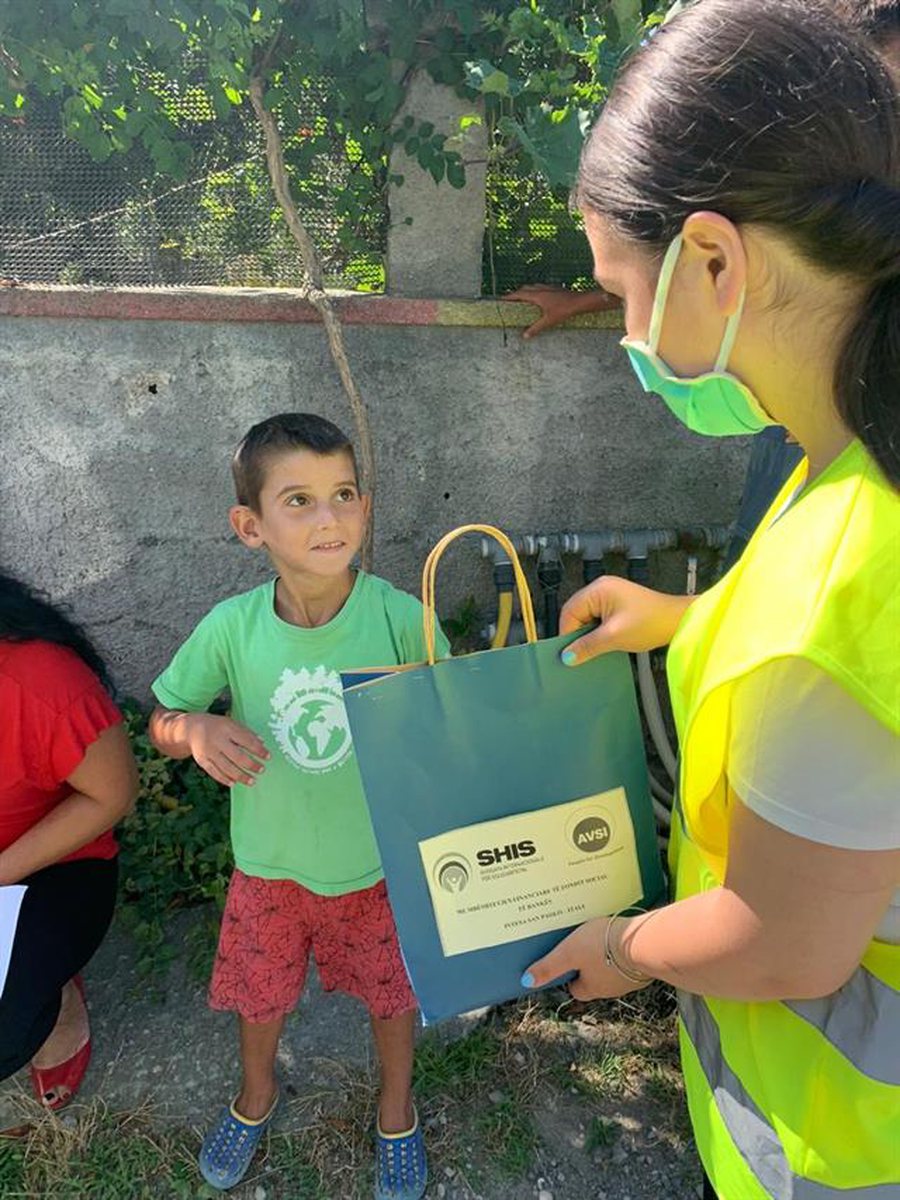 “A touching moment was when we handed to Guri our present- explains Arjanita, SHIS social worker, - he came out running to get it. He gazed at every detail, from the card we wrote for him, to the package with some clothes. He checked them all and could not help smiling and asking: ‘Are these mine? All mine? Can I bring them to my room? Can I put them on?’. While nodding that these were for him, we watched him as he tried them on and went running around, in new clothes, and with his shiny eyes filled with joy”.

His brother told us: “Everyone calls him Guri, but his real name is Mariglen. In Albanian, Guri means stone. Since he was two, he was diagnosed with epilepsy. Our parents were at work all the time, and I was the only one to look after him. Once, he had a high fever, and I did not know what to do. Fortunately, my mother came home from work, and we took him to the hospital in very serious condition. He survived, although he has been in poor health since then and his brain has been deeply affected. We always have to keep an eye on him, but since that day he is our Guri”.

Until July, thanks to the financial support of the Intesa Sanpaolo charity fund and the job on the field of SHIS staff, AVSI have been able to deliver monthly kits to 100 families in the area of Tirana, Lezha and Durres. The packages contain enough food and hygiene items for a month.

“Moreover - Roberta Profka adds - we’ve provided sheets, pillows, and clothes for the children, to make sure that on every season they have something to put on. Home visit is not just a ‘delivery’ moment but it is the chance to meet the family, listen to them and give them emotional and psychological support. For the children, the trauma is even harder to be elaborated, it will take time. We have been on track since the earthquake, not leaving anything or anyone behind, and making with every little help we give, a brick for a better future”.

More from this topic 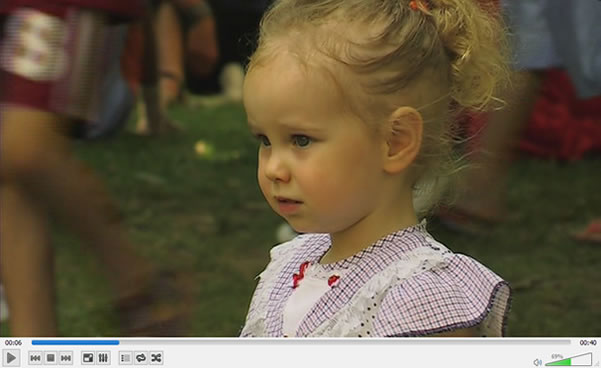 Our mission is to promote human dignity in all its expressions.